The Israeli Navy has completed its first officer training course that included aspects designed for service on board the four Sa’ar 6-class corvettes that were ordered in 2015.

Also known as the Magen (defender) class, the new ships will be built in Germany by ThyssenKrupp Marine Systems (tkMS) with the first expected to enter service in mid-2019. Their main task will be to defend gas platforms in the Mediterranean from threats such as ballistic and cruise missiles, suicide bombing boats, and divers.

More from my report for Jane’s Defense Weekly 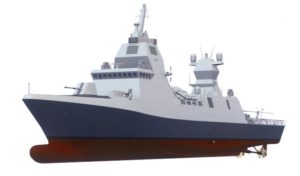